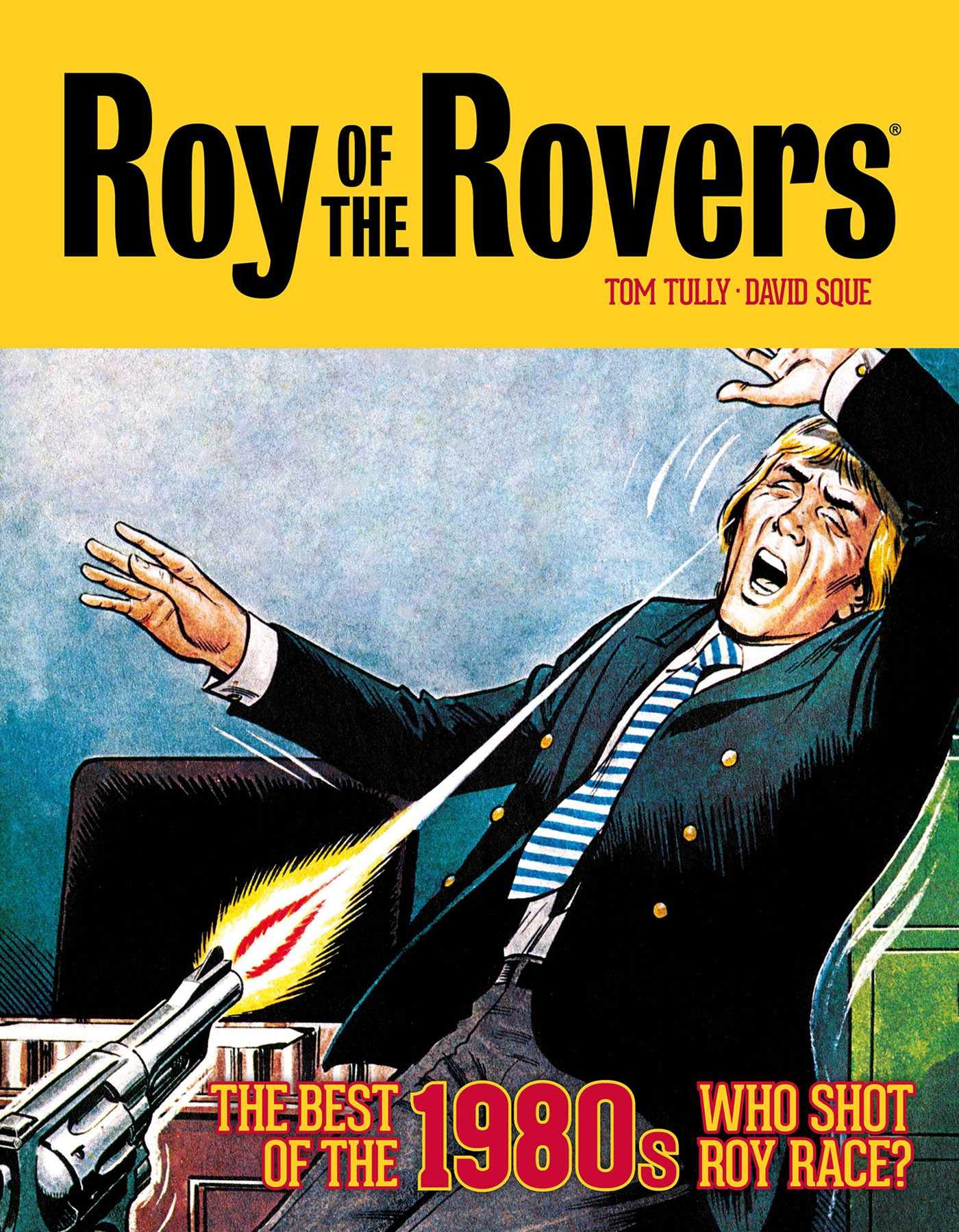 
Revisit the most sensational football storylines of the 1980s, including the shocking 'Who Shot Roy Race?' The best stories from England's favourite footballer, in a lavish hardback collection.

The dawn of this new decade was one that Melchester Rovers would want to forget. The 80/81 season was far from their finest hour with the threat of relegation snapping at their heels all throughout the season and exits from the F.A. Cup and the European Cup leaving the trophy cabinet bare.

For star striker Roy Race it couldn't be worse. His obsession with the team had caused a strain on his marriage and fractured his relationship with teammates like the hot-headed Vic Guthrie. And then there was an attempt on his life...
After being shot in December 1981, Roy lay in a coma for several weeks while Sir Alf Ramsey stepped into the dugout for Melchester. Life in a lower division beckons, but at least the Rovers will be the most stylish team on the pitch with their new Gola sponsored kits!

This book collects the most sensational storyline from Roy of the Rovers history.