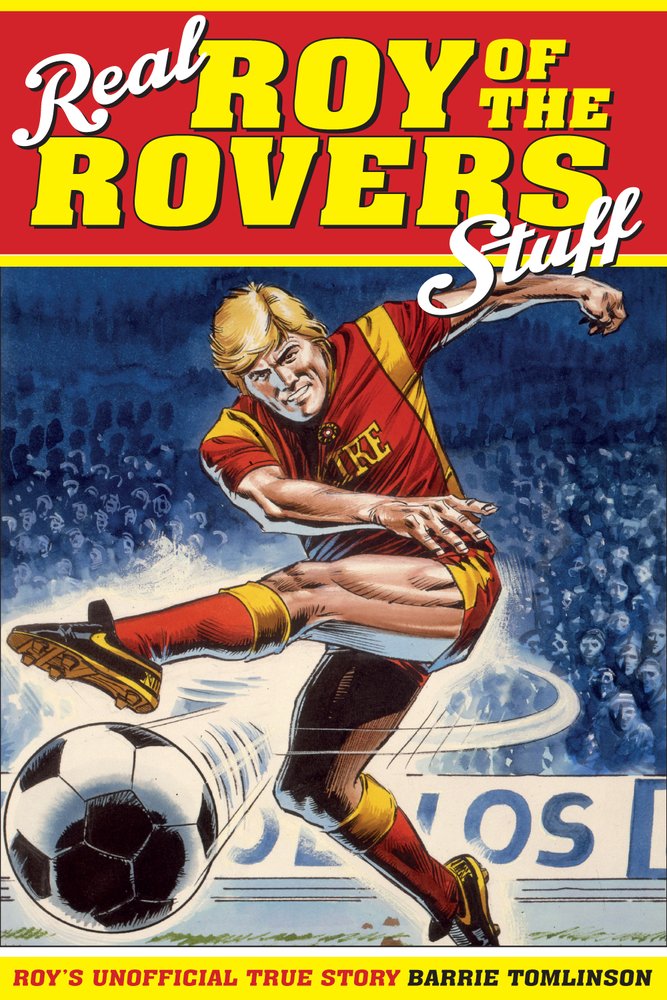 
Roy Race was Melchester Rovers' super striker, and later manager and chairman; he is known everywhere simply as 'Roy of the Rovers'. Real Roy of the Rovers Stuff is the inside story of his life with Melchester, told by the man who knows him better than anyone: editor Barrie Tomlinson, the man who helped turn him from comic-book hero to a national institution. From the 1950s, millions of children grew up reading about his footballing adventures in Tiger and Roy of the Rovers. Now they can relive all the memorable moments from Roy's illustrious footballing career. From his debut as a fresh-faced teen in the comic Tiger, Roy became the hero of his own football comic; with league titles, cup finals, Wembley wins and much more; how he survived near-death experiences, became the first boys' hero to get married and just why the saying 'Real Roy of the Rovers stuff!' became a stock phrase for football commentators everywhere. Packed with photos from Roy's life, the book tells how he became a top celebrity of his day, how Sir Alf Ramsey was convinced to be Melchester manager, Geoffrey Boycott became chairman and even how the Duke of Edinburgh once came to write for Roy's comic!