Jack Kirby Variations on a Theme

Jack Kirby Variations on a Theme 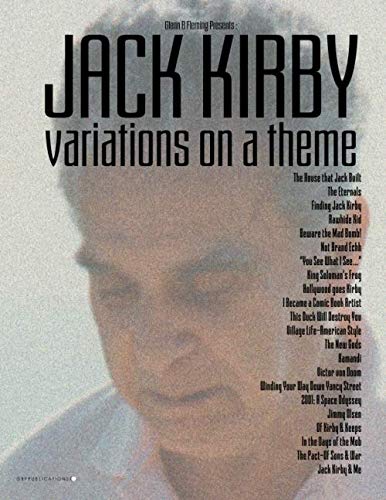 
Almost single-handedly, the late Jack Kirby wrote, designed and illustrated the look of the American comic book and from 1937 until 1983, Jack created (or co-created) a multitude of mythical and magical characters such as Captain America, the Silver Surfer and Galactus, Challengers of the Unknown, the Fantastic Four, the Hulk, Nick Fury: Agent of SHIELD, the Black Panther, the Red Skull, Doctor Doom, Modok, Annihilus, the Demon, the New Gods, The Eternals, the Forever People, Mister Miracle...the list is as endless as the characters are timeless. This collection has been produced in celebration of this great master of the comics medium, a talent we all cherish and will admire forever.